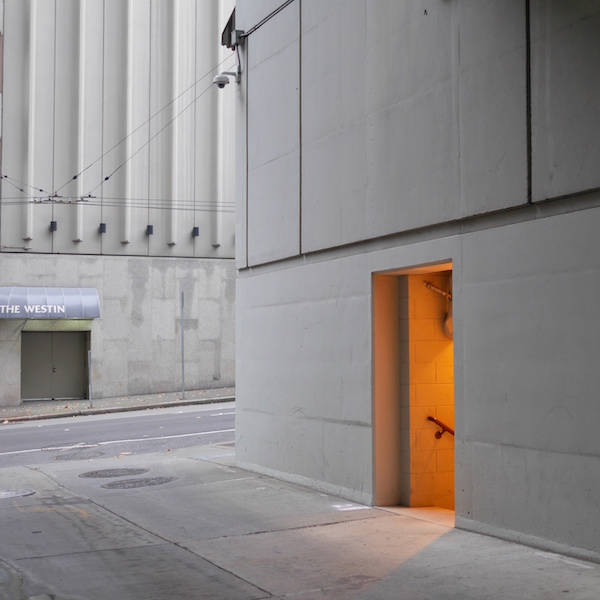 N.B.  I conducted Emmanuel’s interview in his native French. Any awkwardness or poor phrasing in the direct quotes is entirely the fault of the translator.

For Emmanuel Monzon, his transition from three-dimensional art to photography was the result of a conscious decision. He had used photography and digital cameras to aid his art, but did not consider himself a photographer, having only studied photography in the context of contemporary art. He was, at that point, a plastic artist who used cameras as a tool. But ten years ago, he wrote, he felt the need to “completely dive into photography” after completing a three-dimensional art project that involved taking urban-landscape photographs and reproducing them to 1:1 scale.

Monzon had no formal background in photography. Born in Paris, he attended L’École des Beaux-Arts to study painting, graduating with honors. He remained in Paris after his graduation, transitioning to the plastic arts after a brief period of exclusively painting. Some time later, he moved to Singapore with his wife, where they lived for until she received a job offer that required them to relocate to Seattle, where they have lived with their two children for six years.

Monzon’s move to America deepened his interest in the urban landscape. In Paris and Singapore, he had shot urban landscapes primarily to aid in his art projects. America’s urban landscape, however, had always uniquely stood out in his mind as “mythological and iconic.” (He told Feature Shoot last February that “living in the United States is like living inside a painting.”) In America, he could drive around seemingly endlessly to find subject matter, and it was only in America that he was able to start the long running “Urban Sprawl” project that has brought him his most recent attention from the photography world.

At first, he preferred to shoot at night while driving around the outskirts of Seattle, but the cacti and distant mountains that feature in some of his more recent photographs suggest that he had travelled to California and other parts of the Southwest. “I want to photograph the in-between state found so frequently in the vast American landscape,” he wrote in an artist’s statement published on LensCulture. “I capture places of transition, borders, passages from one world to another.” The Southwest, whose infinite sprawl and mandatory car ownership are globally notorious, is perhaps the perfect place to accomplish that.

For that reason, Monzon has often been compared to the New Topographics photographers of the 1970s. He himself cited William Eggleston and Stephen Shore as influences. Certainly, there are many similarities, but Monzon distinguishes himself in two ways, firstly by the emptiness he deliberately incorporates into his work. His urban landscapes are, for the most part, entirely devoid of people, even though they often feature the hallmarks of human occupation. Shore’s 1970s world, on the other hand, is almost always shown as busy and inhabited. Monzon’s world seems to answer the question of what a decidedly human-altered landscape would look like if humans were to disappear at least temporarily from it.

And, in that regard, I’m reminded of something he wrote in his email interview, which further distinguishes his work: “I see myself as a painter who works in photography.” In other words, Monzon has a painter’s vision — many of his photographs are reminiscent of the daytime scenes of Edward Hopper, another influence — but uses a photographer’s tools to execute it. A painter always chooses exactly what will or won’t appear in the frame. Photographers can do the same, but not by default.

I didn’t ask Monzon his techniques for keeping humans out of the frame, but, regardless, his photographs are not a perfect record of reality. (There is no shortage of human beings in Seattle’s suburbs or California’s sprawl, as anyone who’s driven on their freeways at rush hour can attest.) Even so, his photographs are a particularly revealing record of the non-places that typify American urban sprawl, like freeways and strip malls. Non-places, after all, are designed to make one forget that they exist as real entities. The absence of humans in his photographs of these spaces reminds us of their concrete existence and their artifice. His subjectivity, in a way, creates an even more objective portrait of urban sprawl. 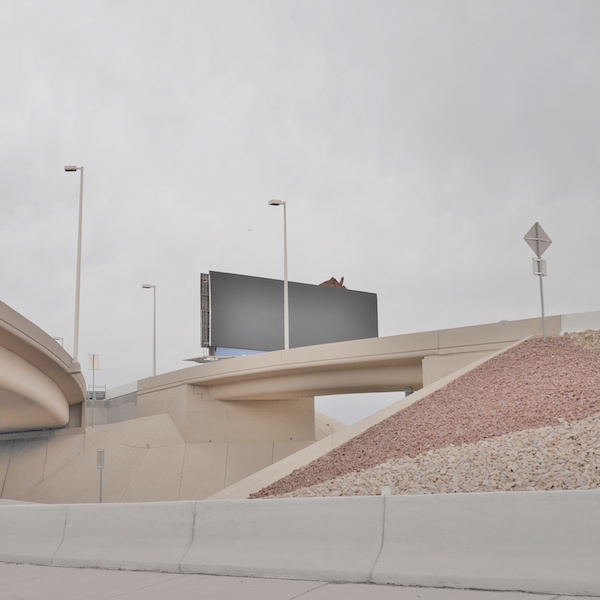 All photographs copyright Emmanuel Monzon and used with his permission. You can find more of his photographs on his Instagram and his website.