I found it hard to believe Natalie Christensen when she told me that she had never studied art formally, and didn’t start taking photographs until relatively recently. Her minimalistic, deconstructed urban landscapes, which she posts daily on Instagram, give the impression of a mature artist with a long career. Yet Christensen’s work ethic and commitment have allowed her to become just as artistically successful and accomplished as some of her older contemporaries.

In fact, Christensen’s academic background is in psychology and psychotherapy, with a concentration on the theories of Carl Jung. She has been a practicing psychotherapist for more than twenty-five years and, together with her analyst and teacher, Dr. Robert Cunningham, she explored Jung’s theory of the shadow self. As Christensen explained it, this involved “getting acquainted with the parts of ourselves that we deny or choose not to see…[which are] revealed to us in dreams and in our waking life when we encounter people that we have a strong negative reaction to.” 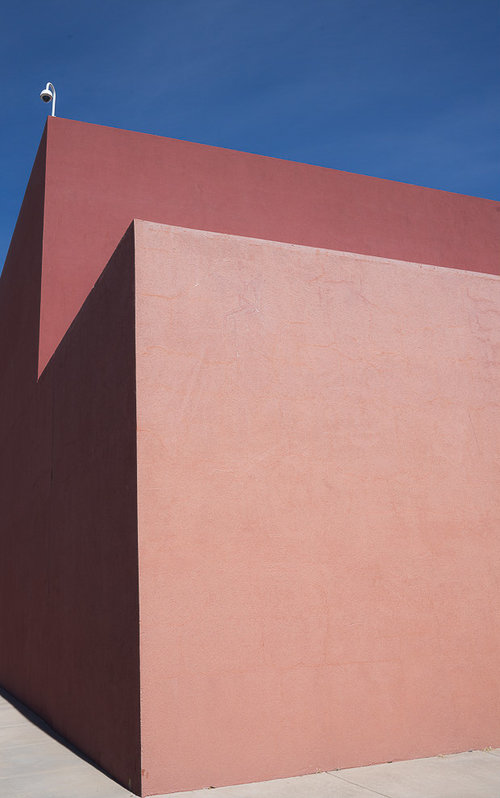 When Christensen began photographing two years ago, after she had moved from her native Kentucky to Santa Fe, New Mexico, she extended Jung’s theory to her photography. She started out taking pictures of her new city with her phone and posting them on Instagram, often shooting in “places that are hidden from view, in plain sight but…considered banal or just unattractive.” As time went by, her photographs were featured on several Instagram photography hubs; today, she has more than 32,000 followers, has been featured by sites like Lens Culture and Feature Shoot, and is represented by the prestigious Susan Spiritus Gallery of Newport Beach, California.

Consequently, Instagram is serious business. In addition to posting every day, she frequently leaves supportive comments on other photographers’ pictures, and always personally thanks everyone who comments on her own pictures. When I praised her photographs on my own account, she sent me a direct message to tell me she appreciated what I said. She brings kindness and gratitude to a platform where those things aren’t known for being pervasive; she leads by example in both her work ethic and her generosity. 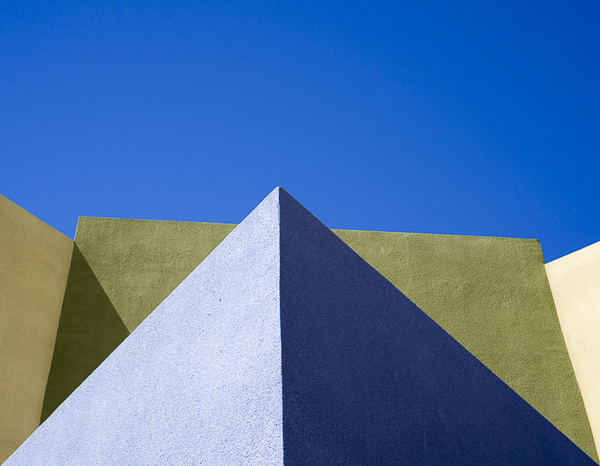 In order to maintain her regular posting, she shoots every day. Her interest in the shadow self, as well as the influence of the New Topographics photographers Robert Adams and Stephen Shore, leads her to strip malls and other hallmarks of urban sprawl (dubbed “non-places” by the anthropologist Marc Augé), rather than the sweeping desert vistas that photographers like Ansel Adams and TV shows like Breaking Bad made synonymous with New Mexico. Her unique style serves almost as a counterbalance to the prevailing image of the Southwest. Rather than presenting a hindrance to be surmounted, these non-places’ deliberately unobtrusive design, with lots of angular forms and solid colors, enable her style.

In that regard, Christensen is influenced by Mark Rothko and the Color Field painters of the mid-20th century, whom she mentioned as particular favorites. (It was Rothko who said, “It does not matter what one paints as long as it is well-painted,” which applies quite well to Christensen’s focus on non-places.) She also cited Aaron Siskind, who was embraced by painters like Rothko after his turn away from the “straight” style of photography and towards abstraction.

Yet, far from an imitation of these influences, Christensen’s work is a unique synthesis. Her photographs are sharper and more colorful than Siskind’s; more rigorously composed than Eggleston’s; more abstract than Adams and Shore’s. And unlike Shore, who quite literally grew up in the art world, Christensen became part of that world through Instagram and, especially, through her commitment to regularly practicing her craft.

“I don’t wait to be inspired,” she said. “[Photography] is a dedication and a practice and while I may not get a fantastic shot every time I go out, it is teaching me to ‘see.'” She continued, “Even when I go to parts of town that are dominated by chain restaurants and big box stores, I know there is an incredible photograph somewhere in that space. It is the best fun to try and find it.” 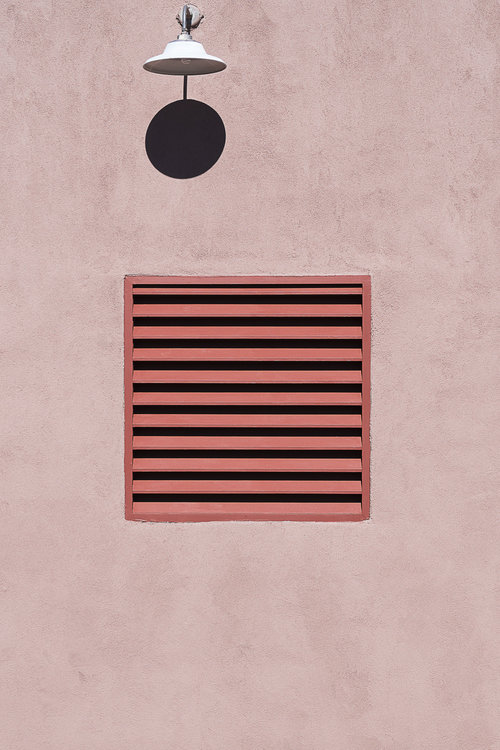 All photographs copyright Natalie Christensen and used with her permission. You can see more of her photographs on her Instagram and on her website. To purchase prints, contact the Susan Spiritus Gallery.