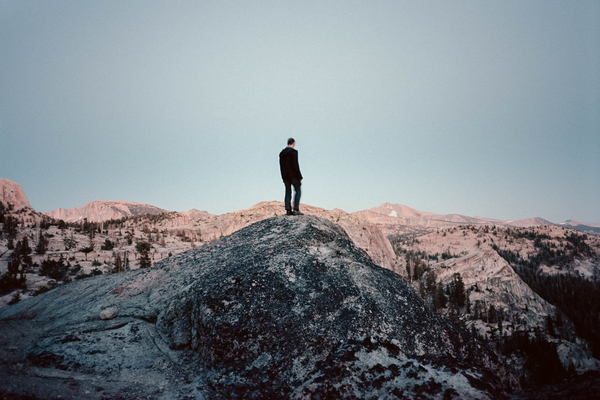 This is a profile of Cody Cobb.
“Photography has always been my way of capturing escape attempts,” Cody Cobb wrote. Professionally, he’s a graphic designer, and though he finds the work fulfilling, he spends lots of time on a computer and in what he termed the “inside world,” which he feels the need to periodically escape through photography. In his native Louisiana, he escaped into abandoned buildings; after moving to Seattle, Washington, he started escaping into the wilderness.

That was in late August 2005, when he received a job offer from the Seattle office of the design studio Digital Kitchen and moved from Baton Rouge. Cobb later referred to the timing of the move as “traumatic,” as it happened the same week as Hurricane Katrina, but was careful to add that things eventually worked out. Once he had settled in, he wrote, he “really fell in love with the Pacific Northwest.”

Cobb never studied photography formally and is entirely self-taught, primarily though online resources. (He doesn’t regret his lack of formal education in it — if he were to go back to school, he said, “it’d probably be for geology or something unrelated to photography.”) Today, he shoots a mix of 4×5 and medium-format film and compact digital, and admits that he “[tends] to give the best light to my film cameras.” Film, perhaps along with his hesitant attitude towards the inside world, has influenced his editing process; he tries to mimic the process of shooting film by waiting about a month before editing his digital images.

About a year and a half ago, Cobb cautiously embraced Instagram. His friend Reuben Wu convinced him to “stop being such a social-media curmudgeon” and join the site. Today, he has more than sixteen thousand followers, and has guest-curated feature accounts like @imaginarymagnitude, but does have “mixed feelings” towards the kinds of photography-viewing habits it encourages. “It’s way too easy to flick through photos and lose the ability to linger,” he said. Still, he has remained optimistic about the platform’s ability to expose new audiences to his work, and hopes it will lead to successful print sales or future exhibition in a gallery. (Though he is not yet represented by a gallery, his work has appeared in multiple exhibitions: most recently, he was a finalist in Focus Photo L.A.‘s summer contest.) 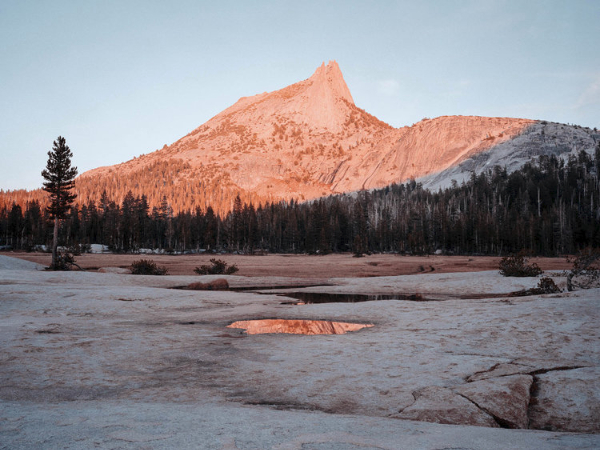 He’s occasionally shot assignments, too. Last year, California Sunday sent him to Forest Grove, Oregon, where he took pictures that eventually illustrated a story they published last September. He wrote that it was quite fun, partly because he enjoyed “[finding] moments of David Lynchian oddness,” and partly because it meshed well with his preferred shooting style of “[wandering] around alone.”

The latter is his key criterion in deciding whether or not to take an assignment. He has a true affinity for the natural world, and had it well before he started taking photographs: in fact, one of his reasons for shooting more landscapes and fewer abandoned buildings was that after he moved to Seattle, he often found himself out in nature on hikes or camping trips. Today, he writes that he hopes his photos “inspire people to reconnect with nature in a meaningful and respectful way.”

That said, Cobb hasn’t wholly rejected cities. When he travelled to Taiwan, he developed a new appreciation for cities and the urban landscape, especially the associated sensory information: “new shapes, colors, sounds and smells,” as he put it. Still, he’s become best known for his landscapes, which depict locations all over the United States and the world: the Pacific Northwest, the American South, Taiwan, the Mojave Desert, the Sierra Nevada mountain range. Though they are some of the most photographed places in the world, he always manages to avoid cliché.

And, to look at Cobb’s landscapes, even his urban landscapes from Taiwan, it would never occur to you that humans or other animals live on earth. His photographs have a certain desolation to them, but the best kind of desolation, a sense of peace and quietude. Together with his impeccable compositions and use of perspective (similar to Richard Misrach, whom he cited as a major influence), these elements allow his work to cast much-needed doubt on the idea of total human control over nature. He honors nature by mirroring its combination of outer peace and inner majestic power. His photographs force the viewer to give the wilderness the respect it deserves.

All photographs copyright Cody Cobb and used with his permission. You can find more of Cody’s work on his website or his Instagram. He’s also on Twitter.